Sun, Nov 4, 2012 - 21K - 02:03:15
21K Teltow Halfmarathon with Family
As a family of four, we clocked in 49K together on Sunday running the Teltow 21K, 14K, 7K and 7K. There were only about 1000 participants and most of them solid runners from running clubs in Berlin and Brandenburg, good weather and cool, right on the border of chilly. Hannah got a 00:43:45 in the 7K and placed first in her age division (she was the only one in her age division) and Karla got a 47:16 in the 7K and placed third in her age division (there were only three), both of them got to stand up on those little 1/2/3 champion blocks which they thought was great, Gisi and I were still running during the 7K award ceremonies and Gisi said she suddenly heard Hannah's and Karla's names being called out over the loud speaker for 1st and 3rd place, awesome! Gisi got a 01:35:12 in the 14K and I got a 02:03:15 in the half marathon, there were some nice inclines up to the bridges over the canal and a killer set of about 25 steps which Gisela ran up twice and I ran up three times, so we were satisfied with our times.
Hannah 6:09/KM pace
Karla 6:39/KM pace
Gisi 6:42/KM pace
Ed 5:50/KM pace
The weather being both cold and rainy the week before, we were concerned if it was going to be an icy downpour morning, but turned out to be beautiful and crisp, in this picture, I just missed a huge pattern of birds in a V-formation flying south for the winter: 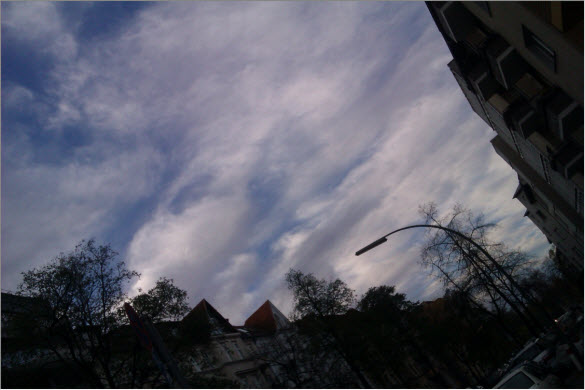 Since the race is run every year to celebrate the falling of the Berlin Wall down near Teltow on the border of Berlin, it's a bit hard to reach via public transportation so we took our "Auto für ab und zu": 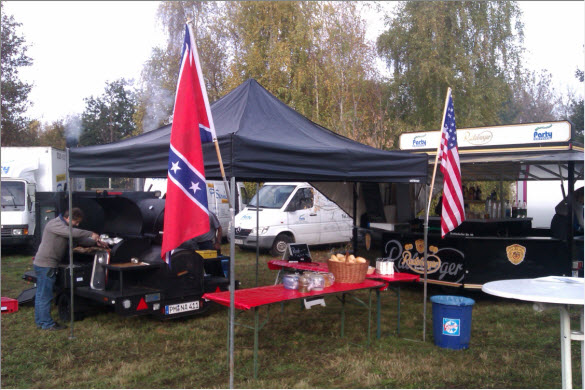 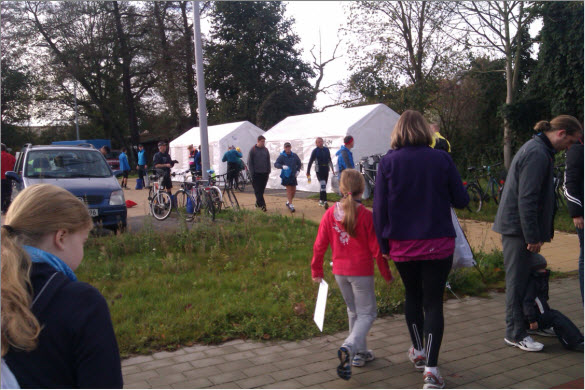 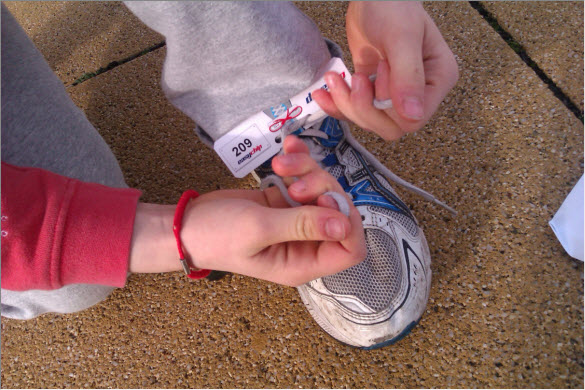 To the starting line: 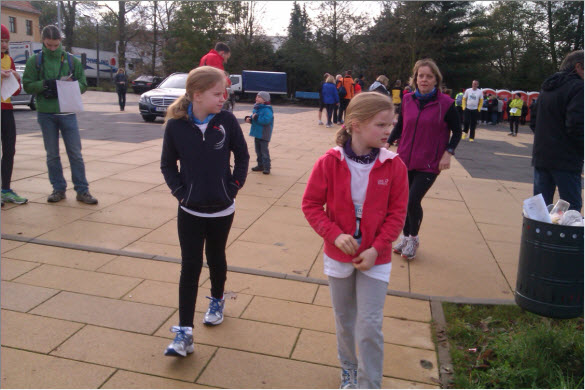 Start was on the border to Berlin: 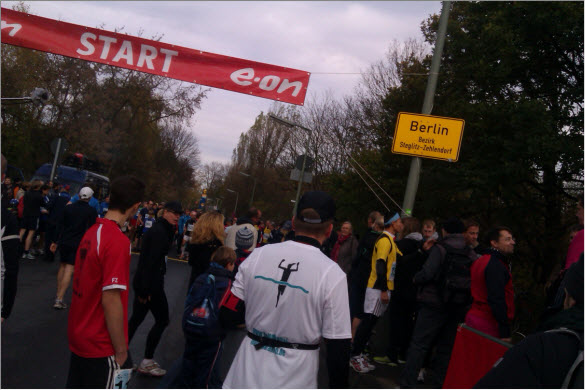 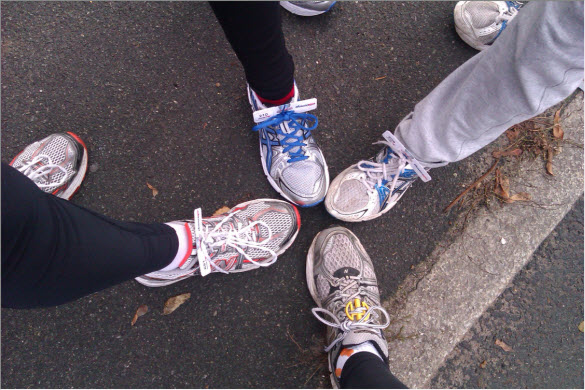 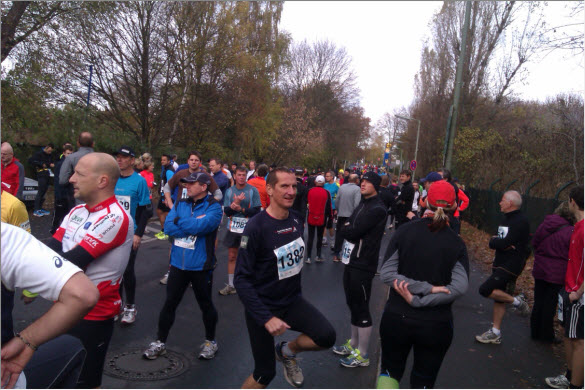 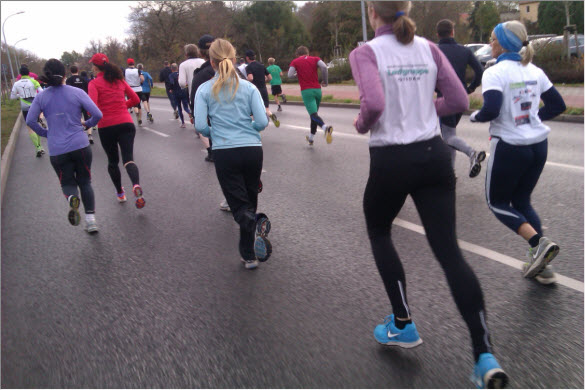 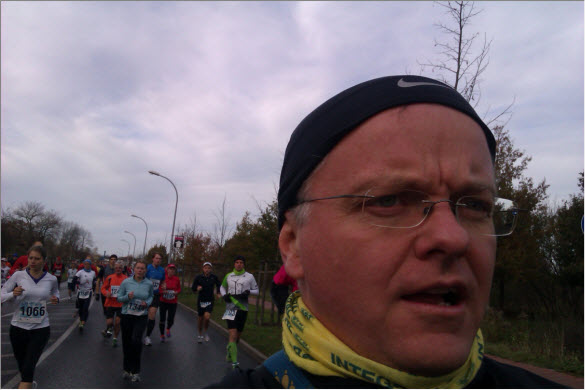 The race consisted of 7K loops up and down the Teltow canal, this side of the canal had a nice, paved pathway: 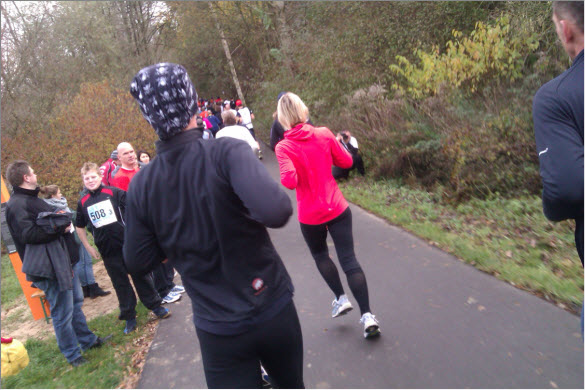 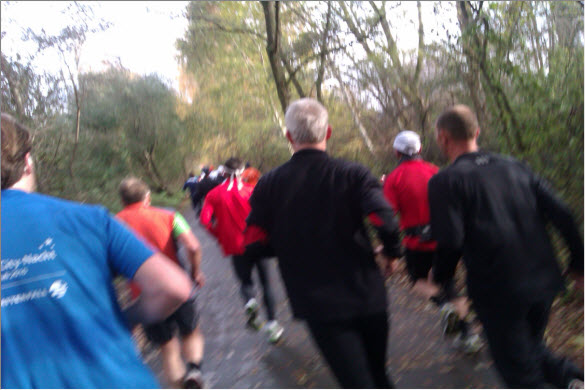 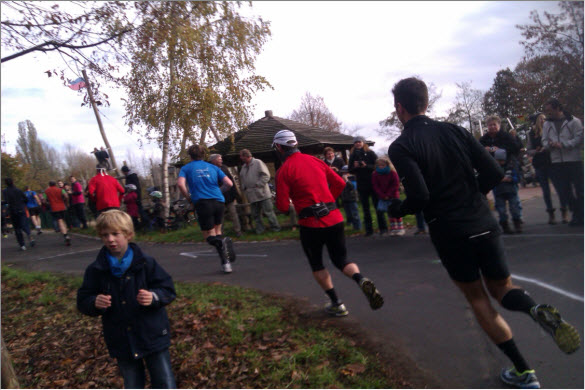 over the bridge at 4K: 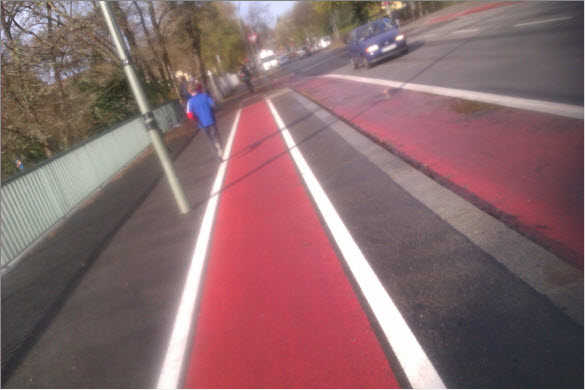 The path on the way back down the canal was at points impassable: 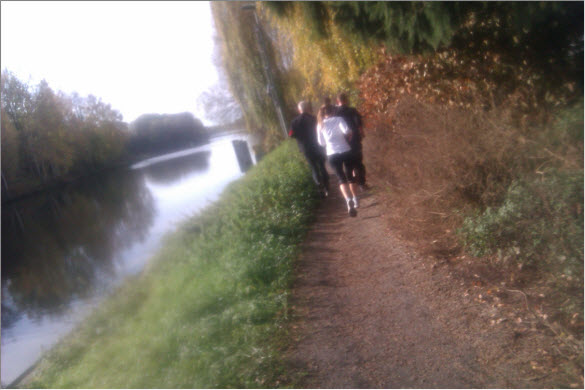 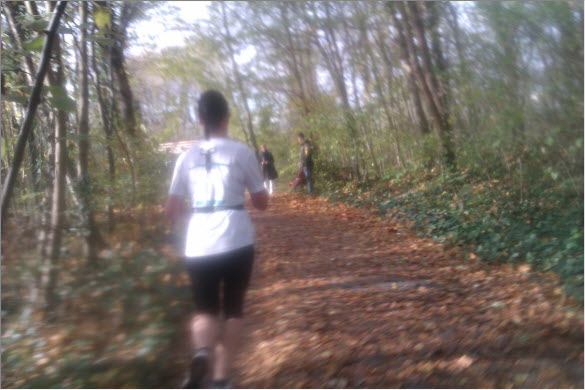 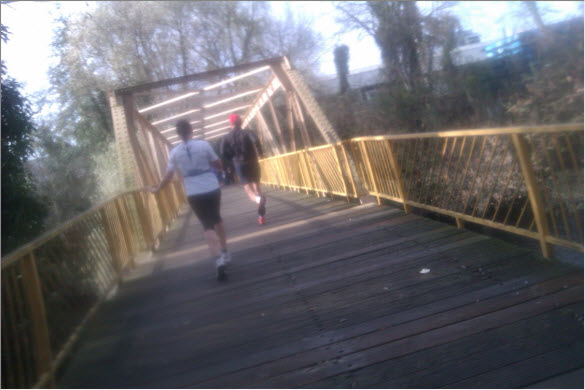 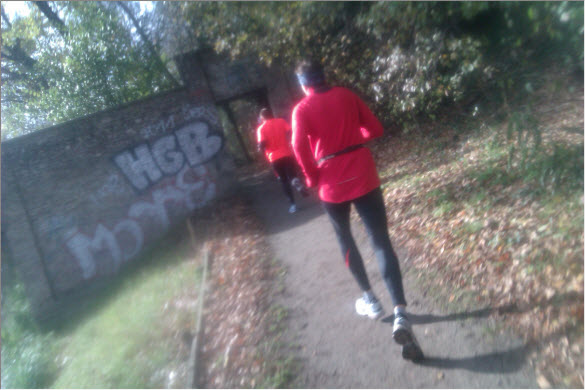 Also lots of tree roots sticking up on pathway back, we all faired well but Karla said she saw someone "go horizontal" on one of these: 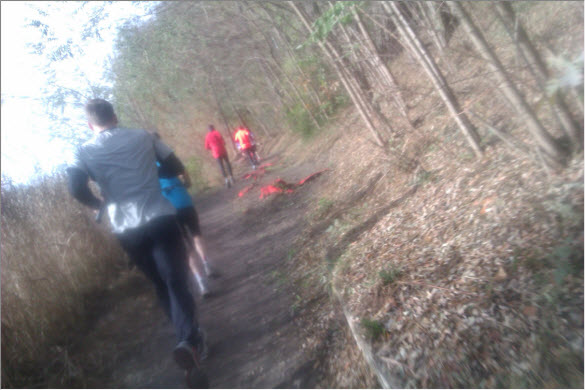 Here are the killer steps: the kids ran these once, Gisi twice, and me thrice: the first time I sprinted them, the second I ran them, and the third time I walked them: 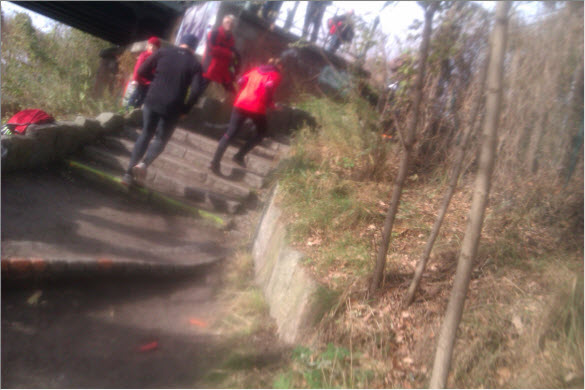 The winner pyramid that Karla and Hannah stood on to receive their age-division awards: 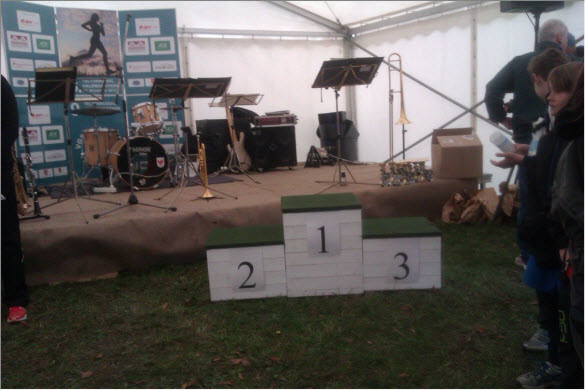 And here's the "longest-race-of-our-life" club, previously their longest races were 10K and 5K, the kids here with their certificates and flowers. Right around the time we took this picture they were calling Gisi's name for 3rd place in her age division as well (there were also three runners in her age division): 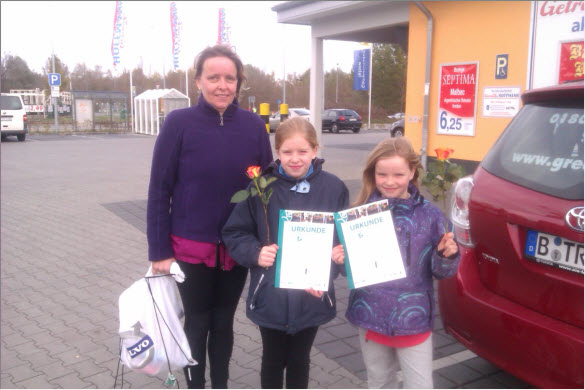 Since we had no idea that Gisi would get 3rd place and subsequently missed her name being called, later when we got home, the kids made her a certificate, a flower, and gave her a proper award ceremony: