Sun, Feb 10, 2019 - 15K - 01:52:44
Plänterwaldlauf with Karla, Hannah and Gisi
A year ago in February, Hannah said she wanted to run a 10K every month, so I appointed myself as Hannah's personal race manager. Today's run being the run of month 12 of 12: we can call it a one-year mission complete.
As with most ambitious projects, this project turned out to be more than what it merely appeared to be at the beginning: Two of our runs led us to go on fun, weekend trips together outside the country: Prague and London. Especially these two trips and the other trips which required longer traveling time to and from the race locations, it gave us hours to spend with each other which otherwise would not have happened.
Our runs also enabled us to get to know areas of Berlin and Brandenburg that we otherwise would not have experienced: Hannah ran through the Free University campus, down the runways of the future BER airport, through the towns of Waren an der Muritz, Caputh and Potsdam, and through the forests of Störitzsee and Tegeler Wald.
Through our conversations with people concerned about Hannah being only 14 and running a 10K every month, Hannah and I discussed quite a bit how to determine how much one should believe and trust the advice of others, how to determine if advice is unfounded and exaggerated, how to listen to one's own body, how to have good arguments for what one believes and does, and to take responsibility for one's own choices.
During our year of 10Ks, Hannah learned when to back off (in December, she reduced her 15K run to a 5K run since she had a cold and felt a bit weak during the race) and she learned when to push on in spite of challenges (in Prague she had a rash and swelled foot, but decided to run anyway, and we completed the run in the maximum time allowed, and her rash and swelling went away during the race).
Also, in wanting to improve her times, Hannah devised a workout plan for both her and me which we have been doing since the first of January this year: multiple workouts throughout the week (mainly the YouTuber Sascha Huber), her gymnastics, my runs home from work, and our Friday evening swims (40 laps = 1 kilometer).
For today's run, since Hannah has already completed 17 races of 10K length, she wanted to start running longer races, so we signed up for the 15K. At 13K I asked her how her legs felt and she said, "Super. Alles normal." and her constant pace confirmed this. She sprinted at the end as she always does, and has made it clear that she now has her eyes on a half marathon. Her 15K time today was 01:52:44, a 07:30 per kilometer pace, which would be a 02:38:33 half marathon, a time that would place 23155 of 25001 in the Berlin Half Marathon and 3316 of 3458 in the Sweden Marathon, so certainly not the slowest in larger half marathons. She wants to do 10K and 15K races throughout this year and at some point find a half marathon to run. We'll have to fake her age to sign her up for it, but we have become very practiced at that.
Another side-effect of Hannah and my 10K runs this year, is we often encouraged Gisi to run as well, and for this race, even Karla, in the spirit of running is fun, running is contagious. It was good to have the whole family engage in a running project again, although the weather was the opposite of inviting: a half hour before the start it began to drizzle, and for the duration of the race it was windy, cold, with a wet, constant downpour of light rain. Karla finished her 5K and waited for us in the freezing cold, and when Hannah and I finished, Gisi and Karla had found a warm building to wait in. In any case, it was a warm relief to finally get back to the car and turn the heater on, enjoying our victory apples and chocolate on the way home. 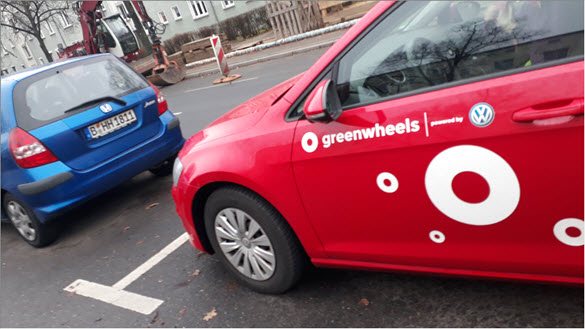 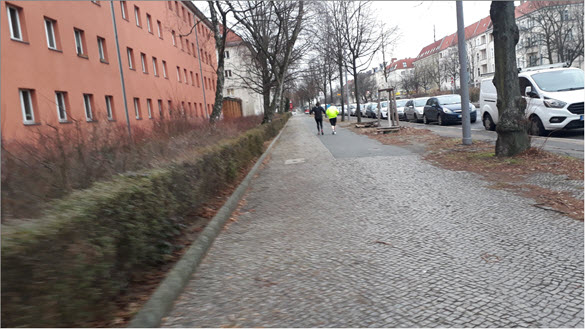 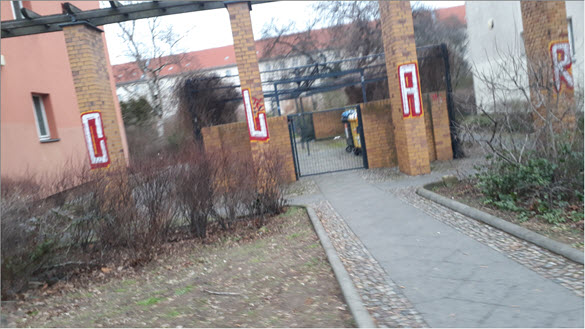 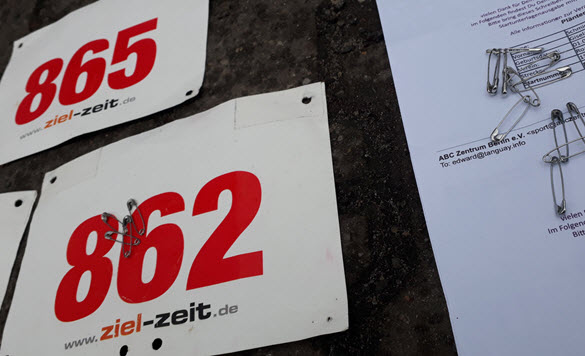 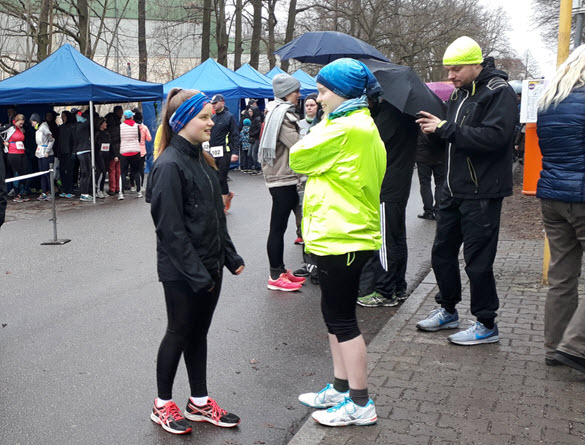 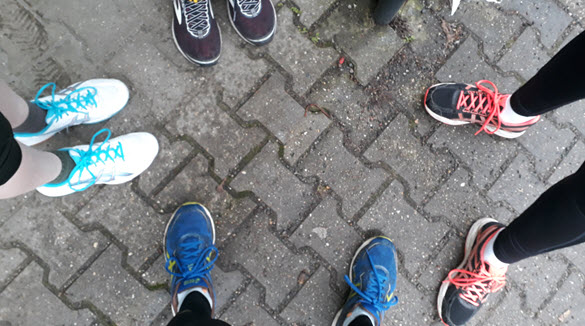 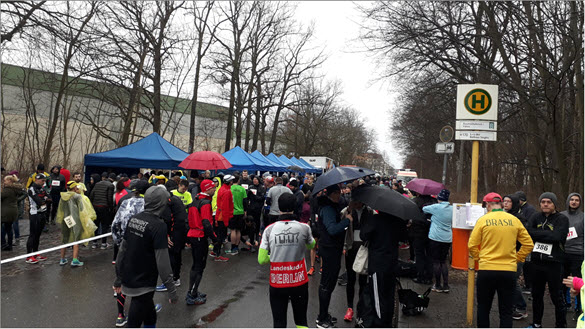 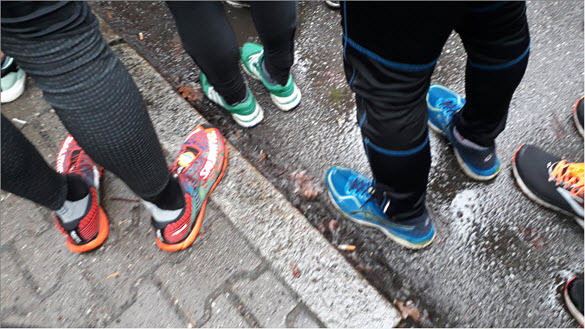 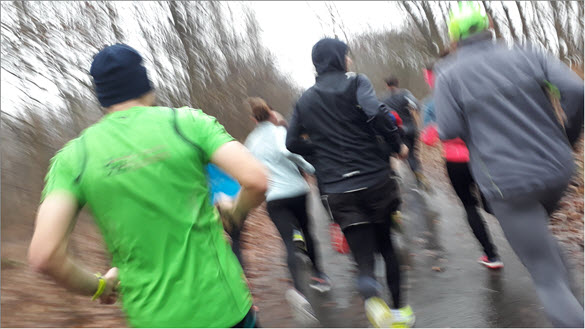 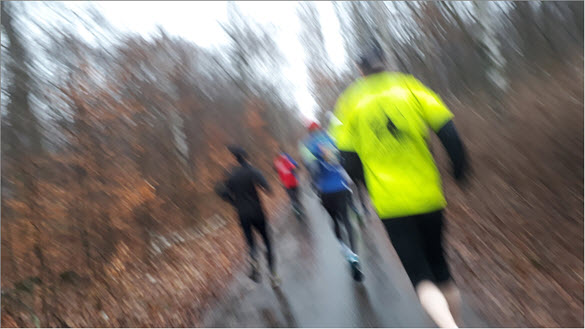 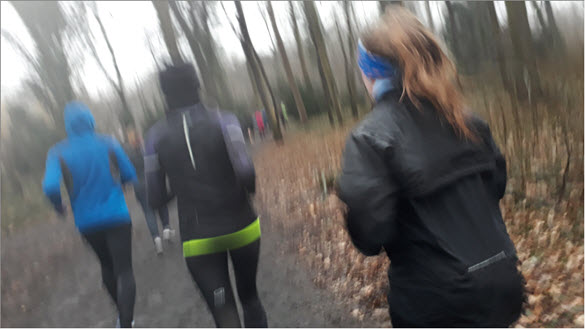 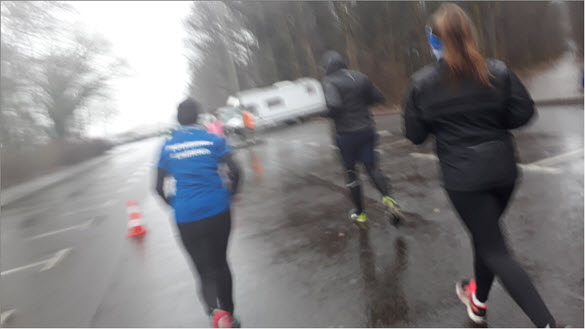 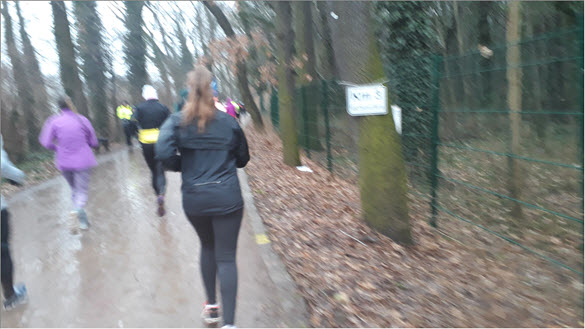 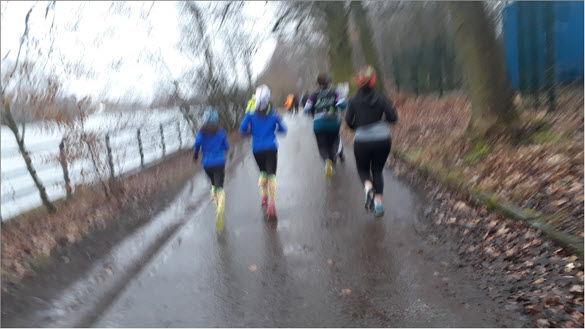 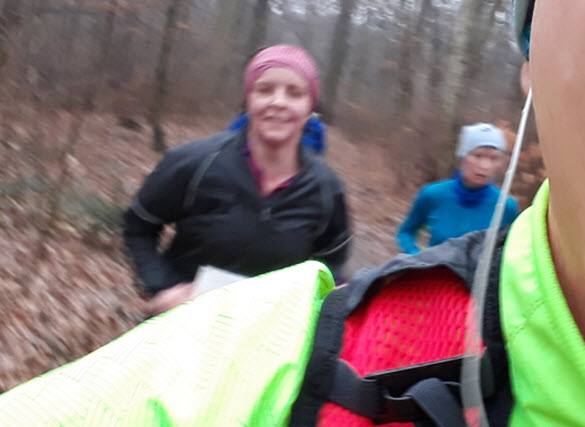 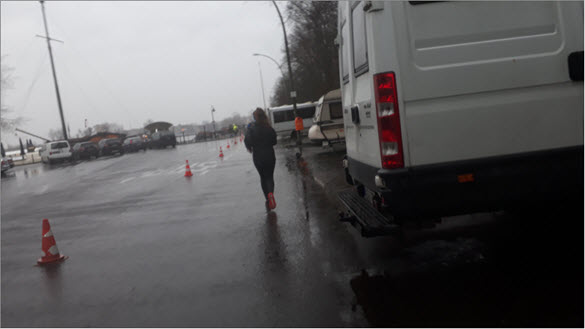 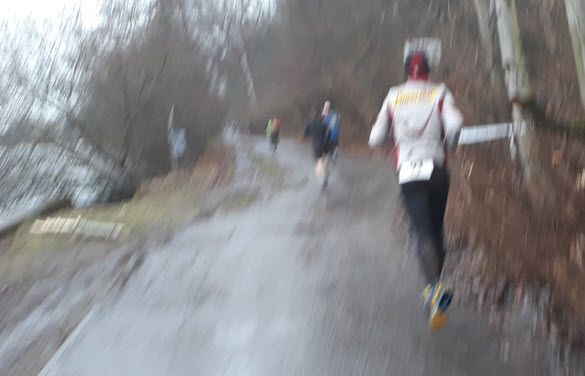 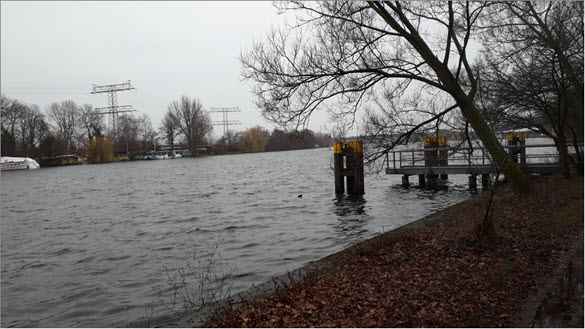 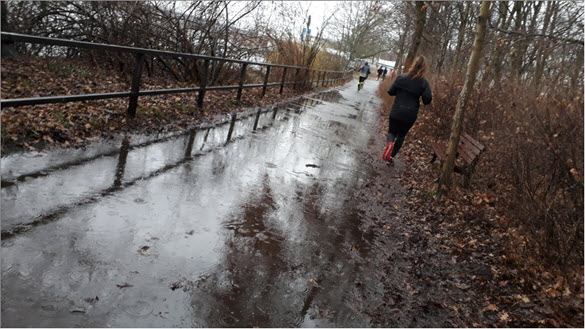 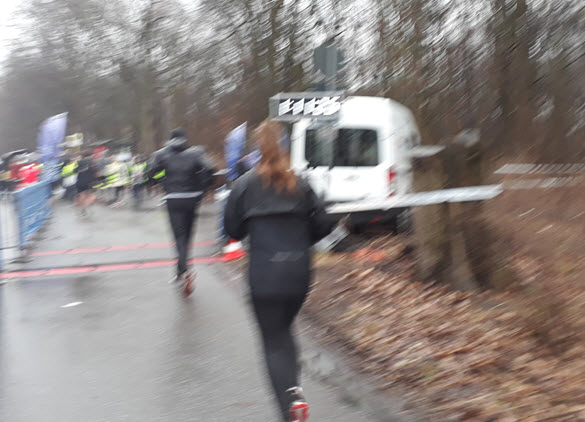 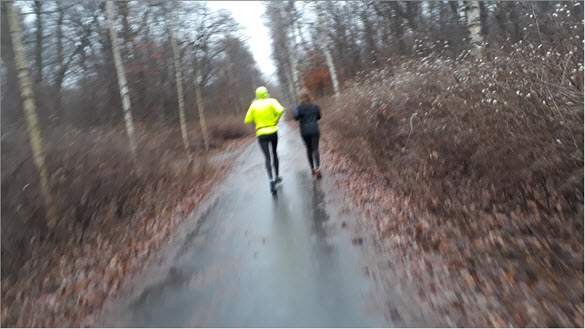 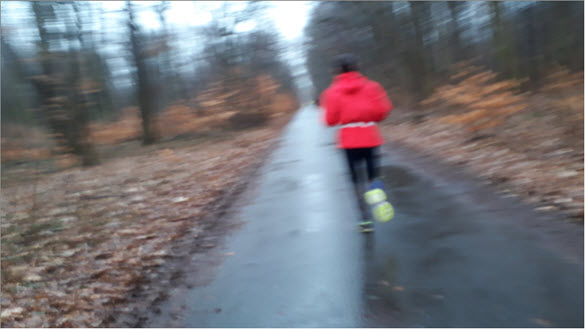 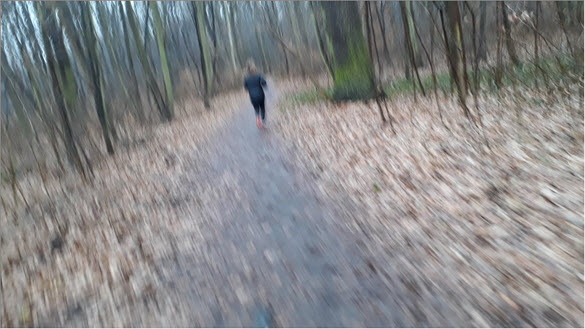 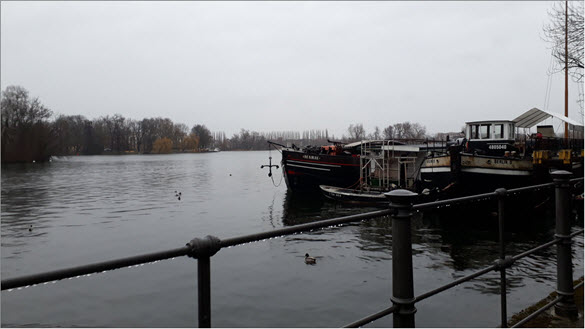 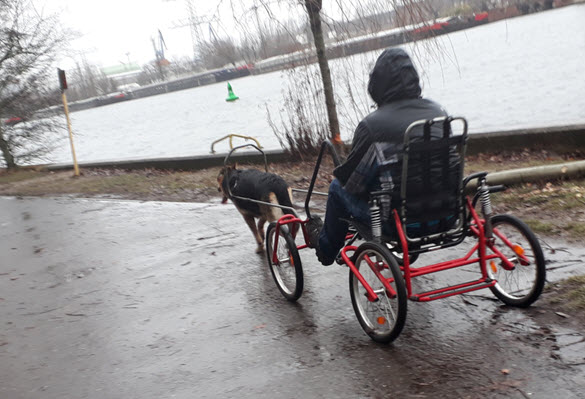 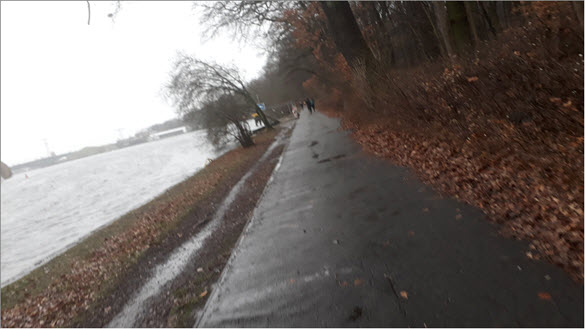 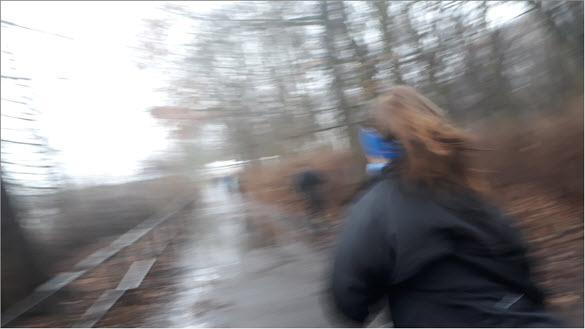 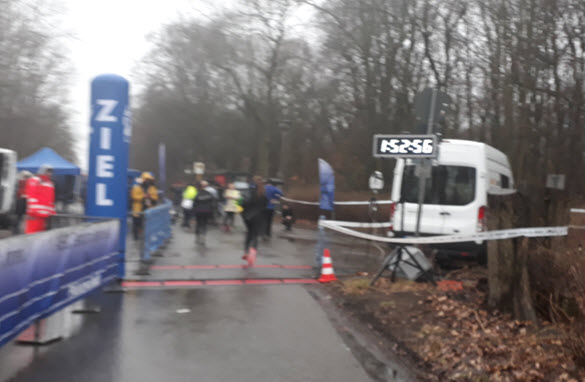 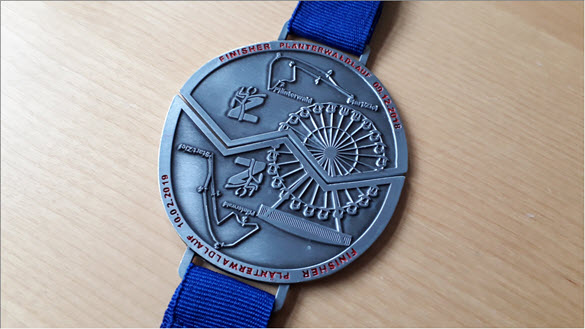 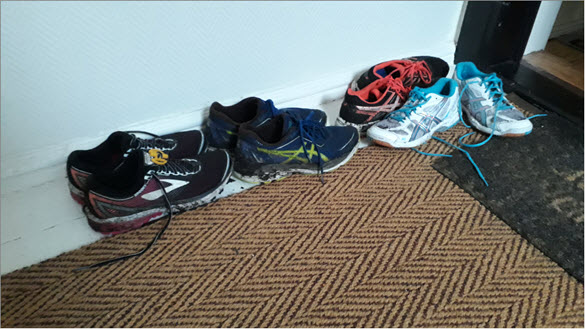