Sun, Dec 9, 2018 - 5K - 00:35:33
Plänterwald Run with Hannah and Gisi
Gisi, Hannah and I did finished off the 2018 race season Sunday with the Plänterwaldlauf in Treptow. It's a wonderful park to run in, connected to and south of Treptow Park and with wide paths and much of the race route running along the Spree which affords idyllic views of the river. Also, if you are lucky, you can spot huge, dismantled dinosaurs lying around inside the now closed and fenced-in former amusement park.
We all had a winter cold more or less last week so it wasn't sure we were going to run at all. Hannah had stayed home from school on Tuesday and was still coughing a bit by the weekend. This race offers a 5K/10K/15K/20K as 1,2,3 or 4 loops around the park, and Hannah originally wanted to do the 15K as her longest race ever, but said she would decide during the race how far she was going to run depending on how much energy she had. At about 3K she said one loop would be enough for today, and so we ran in the finish line at the 5K point and got our medals. Interestingly, it was only half of a medal, the other half you get when you run the same race again in February, so that will be another opportunity for Hannah to run her first 15K.
After finishing, we walked back along the route and found Gisi on her second loop at about 9K, gave her some water, then cut through the park to go get the car to meet Gisi at the finish, but we got a bit lost in the forest, finally found the main path again, and all of a sudden saw the runners and Gisi running past us again at about 12K, very fun. She was running her classic solid pace (6:38) and finished her 15K with a 01:39:35, which if you scale that up is a 02:20:03 half marathon, so a good run for her today.
The light rain at the start turned to a few rays of sun during our drive home, a nice way finish to an end-of-the-winter-cold run. 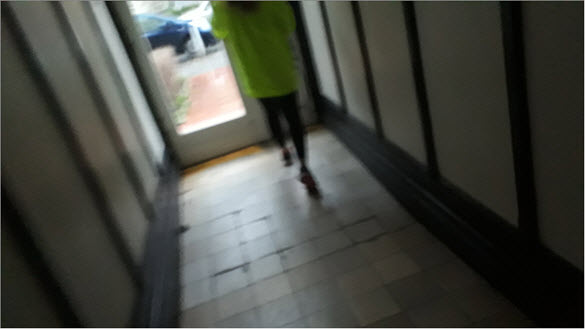 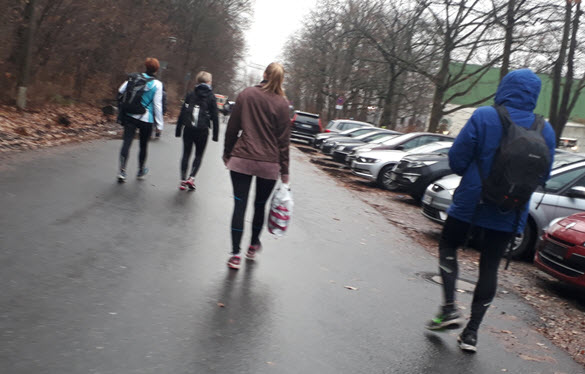 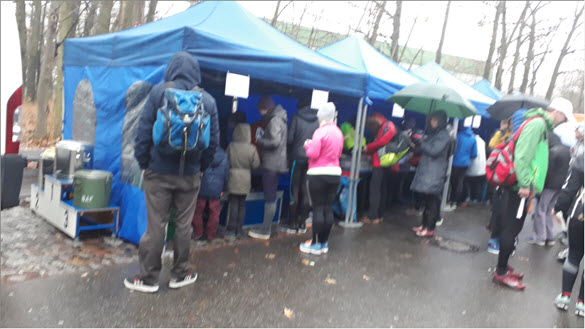 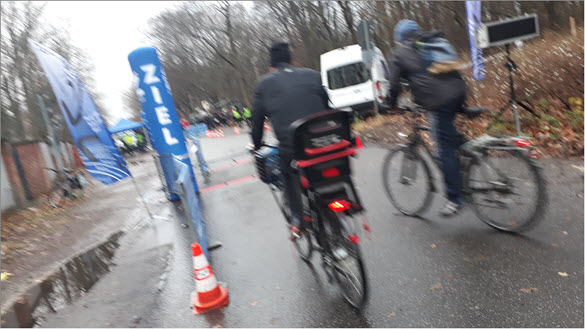 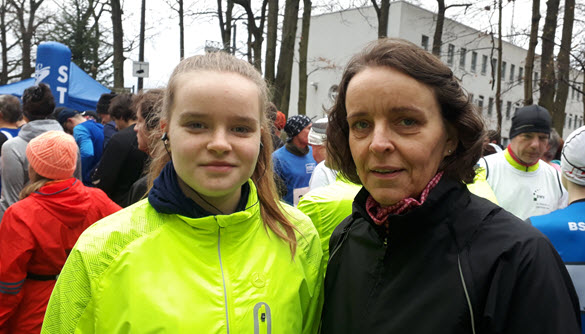 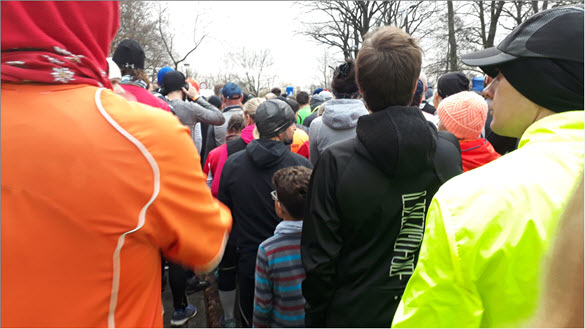 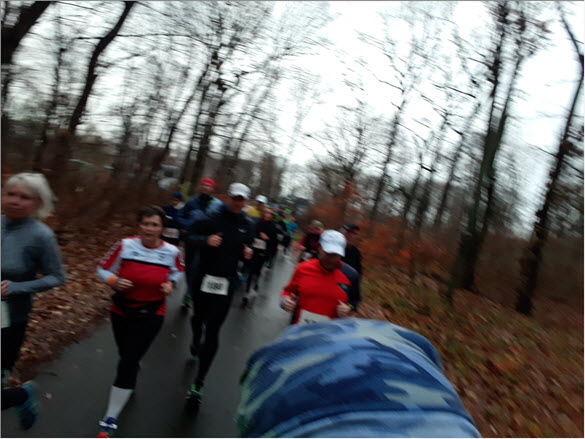 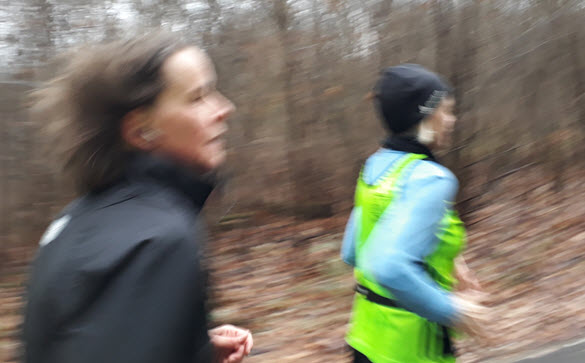 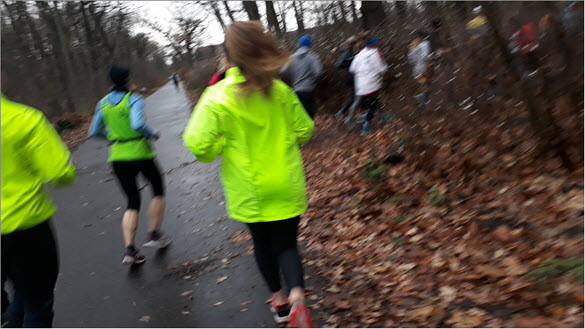 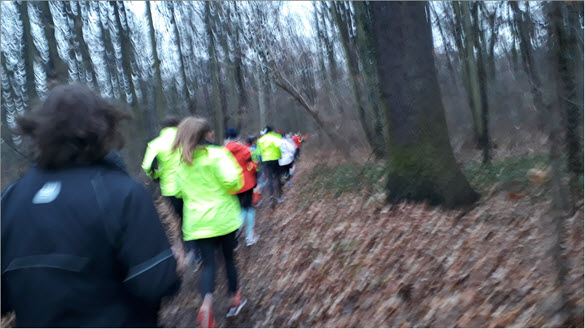 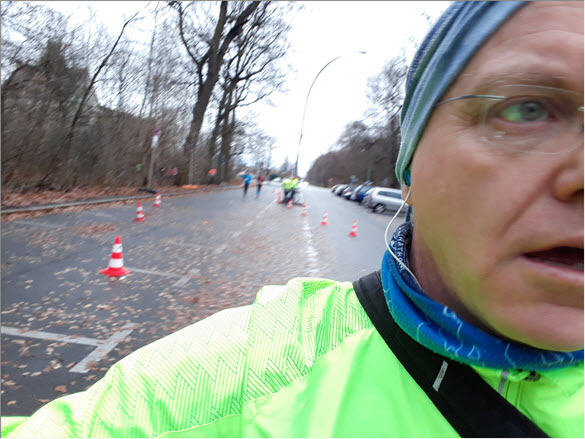 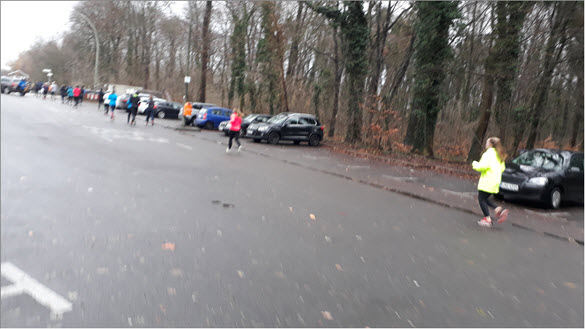 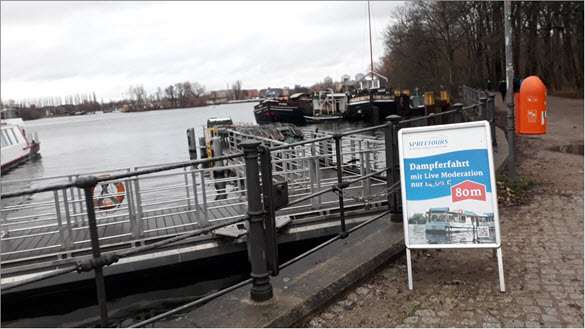 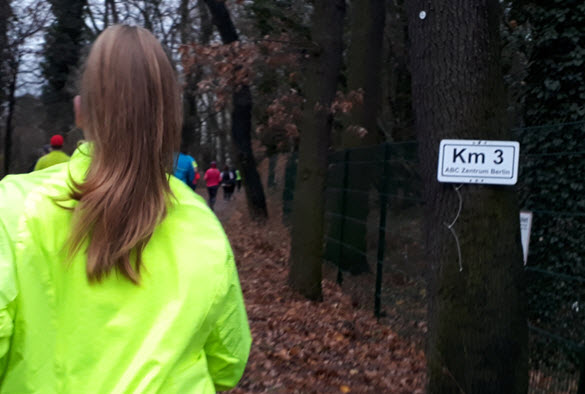 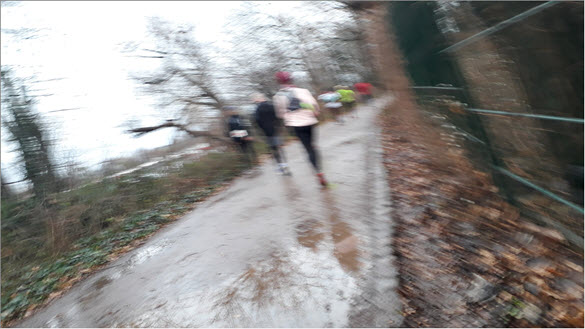 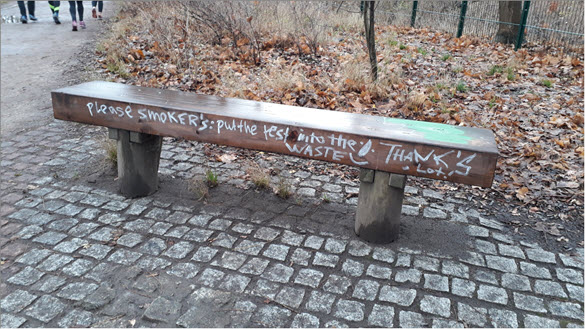 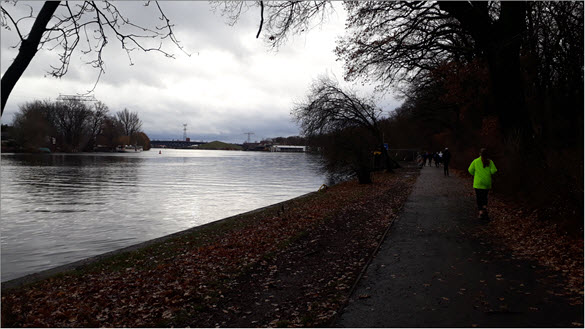 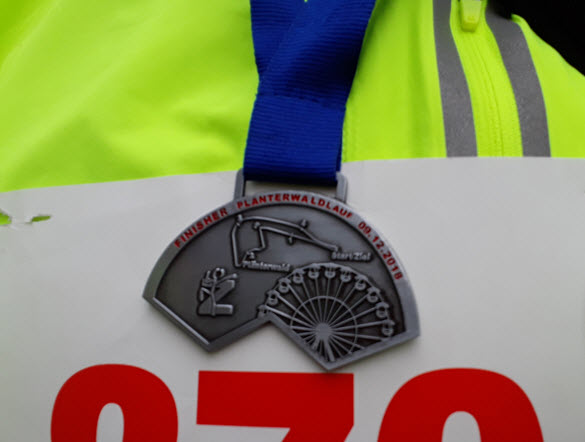 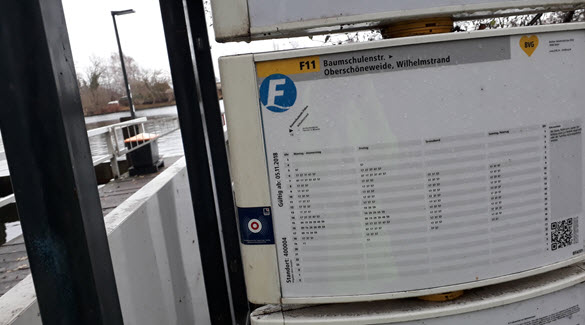 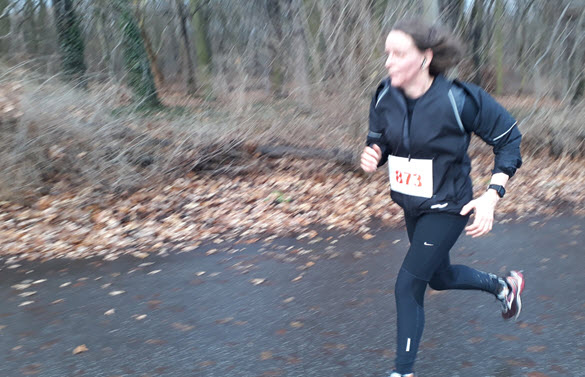