Sat, May 10, 2014 - 10K - 00:59:15
Hannah and Gisi's 10K Frauenlauf
In the 2014 Frauenlauf, Hannah secured another sub-1-hour 10K time before her 10th birthday, finishing with a 00:59:15. Gisi finished a good eight minutes later with a 01:07:52, and said she "really enjoyed the race and is proud that with no training at all since the half marathon six weeks ago, she can ran a 10K race and feel so good". The weather was perfect: overcast with a light shower at the start but shortly after letterin up to allow over 4000 women to run 10 kilometers as fast as they could through Berlin's beautiful Tiergarten. 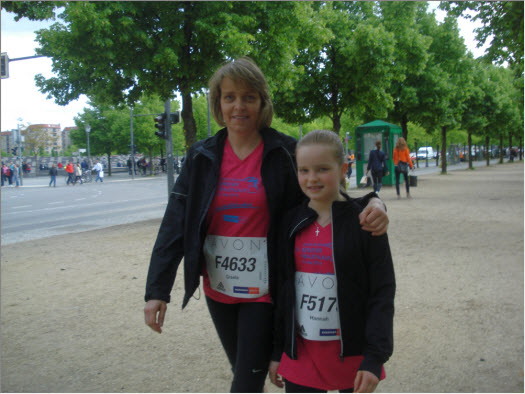 As we arrived, the 5K runners were finishing: 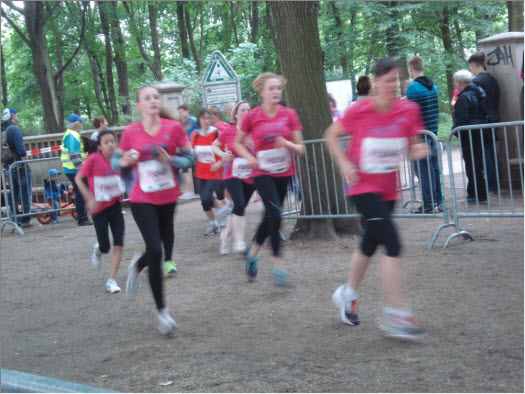 Hannah at the starting line: 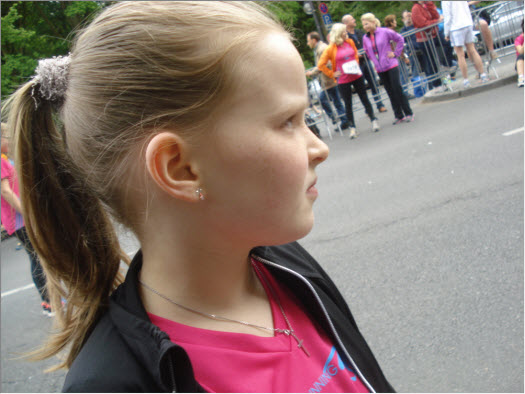 Half as tall as the runners around her, this woman asked Hannah how old she was: 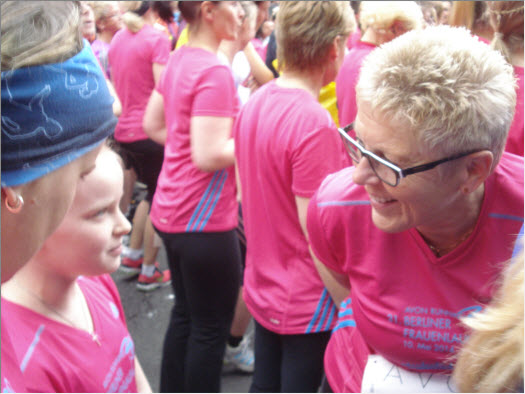 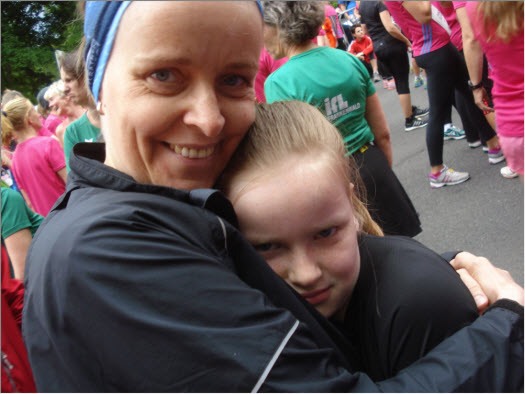 One last pre-run discussion with Karla: 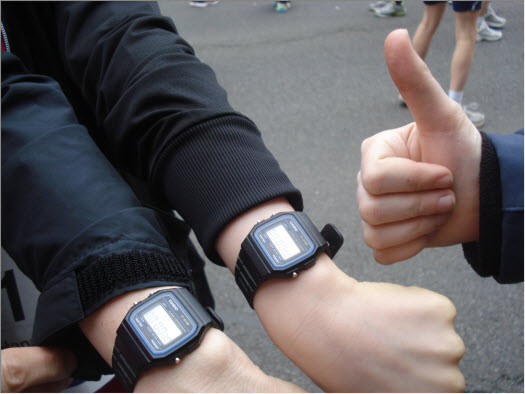 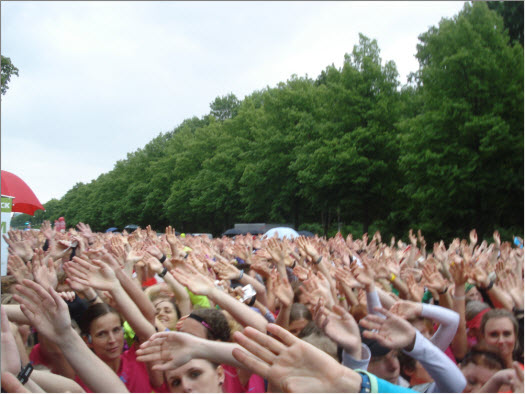 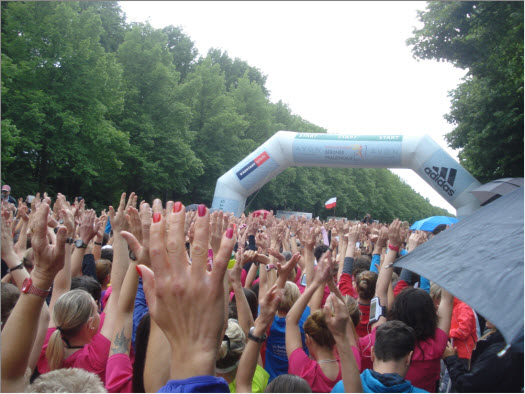 After the start, Karla and I got to the 3K point in time to see Irina Mikitenko come racing around the corner in first place (00:35:03). She had represented Kazakhstan in the 1996 Atlanta Olympics but soon after became a German citizen. In 2008 she won the Women's Berlin Marathon and is a two-time winner of the London Marathon. Here she is looking back to see who is following her, answer: nobody.

Here are the second and third place runners, Cornelia Schindler (outside) and Victoria Brandt (inside), both locals from Berlin, who finished 26 and 43 seconds after Irina. 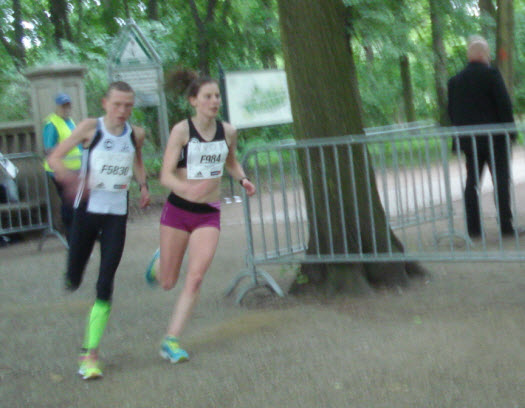 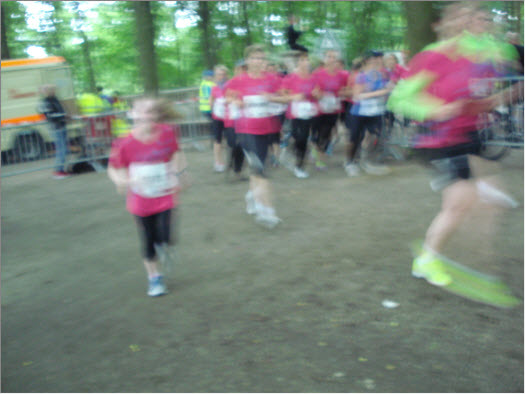 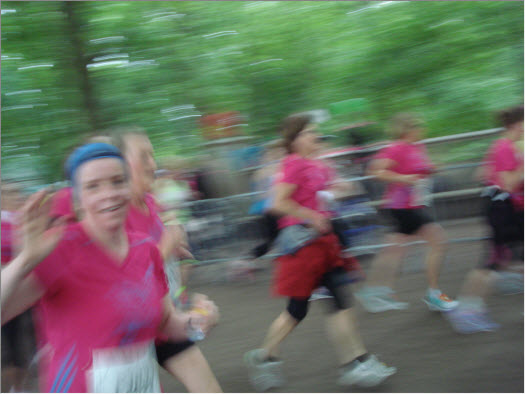 Hannah speeding away in her finish sprint at 9.5K:

Karla and I kept a lookout for Gisi, remembering that she had a pink shirt on: 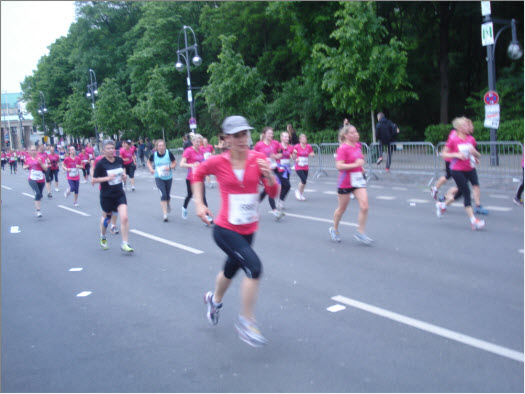 After Gisi finished, Karla and I ran up to meet them at the finish:

And found them already together discussing the race: 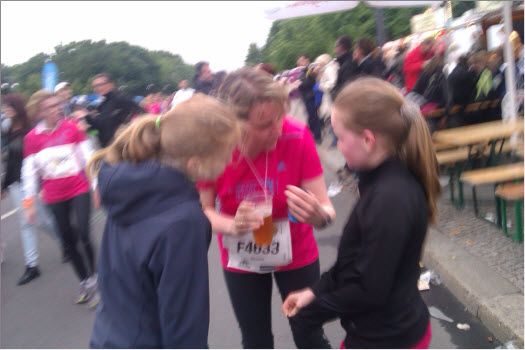 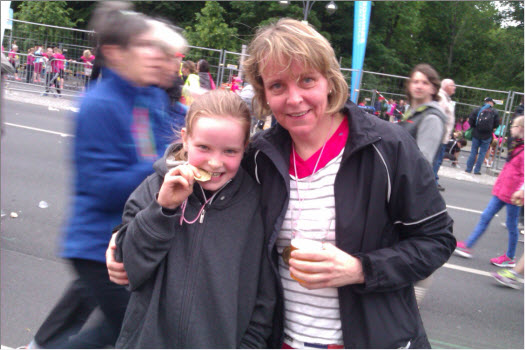